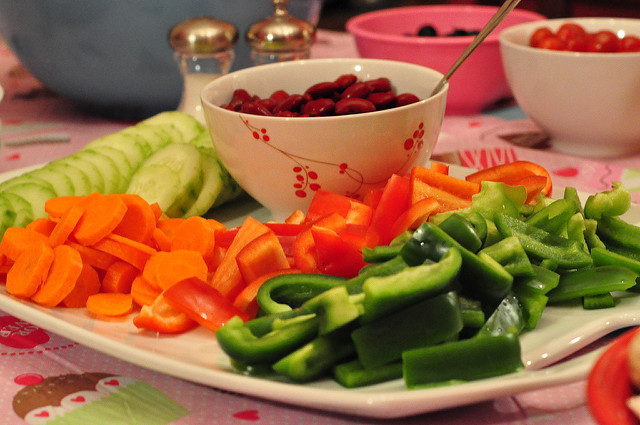 Was I speaking of veggies? Oh right, my lunch today. Well, if you thought that was good, you should see what dinner was last night. The theme? Eat Your Colors! We had a “Make Your Own Salad” Night with tons of veggies and some chicken on the side. We had J and M over to dinner and of course, had to play a little Wii J, having a good time Ok, we played this game Raving Rabbids TV something or other. The first time I played, I lost. Spectacularly. I mean, dozens of points below everyone else. Last night? Hubs and I tied for FIRST but it listed me first so it said I won. I WON! HA HA! I told Hubs to leave the TV alone while I took a picture with the final score and he didn’t. He said I didn’t “win”. This is my reaction.