Oh Where Oh Where? 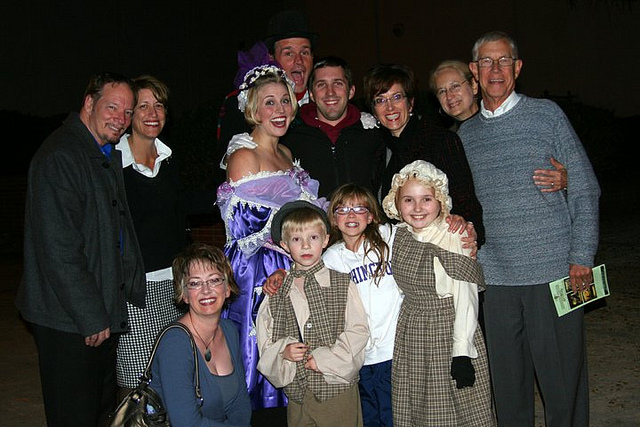 Oh Where Oh Where?

I haven’t seen my husband in about two weeks. We live in the same house, mind you, and he’s not traveling and neither am I. We’ve both been so busy, we’re just ships passing in the night.

I see him in the morning, where I jump into the shower first since he is a 20-minute-long-showerer. Yikes. I can’t even be in a shower for more than 5 minutes. I’m always thinking of what else I need to be doing.

As I’m drying my hair, he is downstairs making his lunch and while I’m putting on my make up, he’s brushing his teeth. A quick kiss and he’s gone.

Off to work I go from 9-6pm where at that point I rush straight to rehearsal, running across the street from the theater to the Baker’s. Baker’s made bank off of all of us this week, btw. Man, I love those fries.

Rehearsal/show… show nights are great because we’re out of there by 9:30pm. Rehearsals were more like 10:30. Run home, shower, say a few words then hop into bed and rest up for the next day.

Lather, rinse, repeat for 14 days. Tonight is no exception. I’m off to a cast party straight after work. He’s got stuff tomorrow evening, I’ve got a salad to make.

We’re a little like that this weekend too. He has a gig, I have church stuff and bridesmaid responsibilities.

But we’re ok. We’re both doing things we love (I think me more so in this case, as I’m performing and he’s just rehearsing). But it makes me think how lucky that we “get” what each other does. He doesn’t get annoyed that he hasn’t seen me in two weeks, that our kitchen is bare because we don’t have time to shop, that the house looks like we just let twenty 4-year-olds loose in it.

We’re both musicians and we appreciate it when the other one understands our “thing”. My “thing” is musicals, his “thing” is horn gigs. Or Civil War bands, or whatever floats our boat. I come home happier than anything else when I’ve been to a good rehearsal.

How lucky am I that he says “go on, have fun!” when I’m off to rehearsal right after work? That he comes to my shows and tells me (honestly) how he liked it. If he wanted me to come to one of his concerts, I would. We get that this is us, this is what we love to do and we support each other in our extracurricular activities.

What could be better than that?