And He Cooks Too! 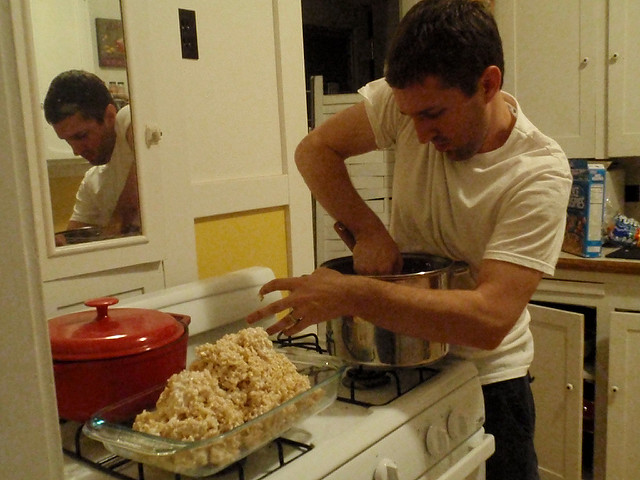 And He Cooks Too!

Last week, I had to go out of town for work (just to San Diego, no big deal) but it meant that I missed our Wednesday night Glee party. I was definitely bummed as I always look forward to Wednesday nights. I asked the Hubs if he was still going to go and he was all, “I’m bringing dessert!”

He has a few specialties but one absolute favorite are his chocolate-peanut butter Rice Krispie Treats. Oh yes.

Only problem was that when he was melting the marshmallows, he realized he bought the wrong cereal. He needed this: See the difference? So I ran out and bought the good stuff and he got to work. Anyone else things it’s weird that there’s a mirror in our kitchen? There were so many leftover, we ate them until we were sick. I love it when he cooks.